What to be expected for the country’s real estate services firm this year?

Heading by fearless projection of five real estate consultants, the expectation for 2013 is rosy.

The end-of-year GDP (gross domestic product) growth rate between 6 and 7 percent has been forecasted by various analysts, and we saw the stock market hit all-time highs during the past few months. The residential condominium market has also exceeded historical sales levels this year, as low interest rates and record overseas remittances continue to fuel the housing boom.”

Colliers International recently presented ten prediction statements on the economic conditions and also the real estate industries for 2013—a variety of thoughts from different industry professionals together with Colliers.

“Similarly, the business process outsourcing (BPO) industry continued to drive the office property sector, and current vacancy rates in the major CBDs are in low single digits. The retail sector has also done tremendously well; occupancy rates in regional and super regional malls in Metro Manila are in the 90s. All in all, 2012 exceeded most of our expectations,” Guevara added.

Excellent real estate property
Rick Santos, CBRE founder and chair, noted: “We are now experiencing the best real estate market in the Philippines in the last 20 years. The Philippine real estate sector will have bright prospects in 2013. We see sustained growth in the BPO/office, residential, gaming and leisure sectors.”

Enrique Soriano, Ateneo program director for real estate and senior adviser for Wong+Bernstein Business Advisory, said: “Five years after the financial crisis was triggered by a housing bubble, the global economy is convalescing. The Philippine economy is poised to move up. Real estate markets in all segments will grow. Some developers will fail and others will do better because they have a strategy and they have found exactly the right position.”

Claro dG. Cordero Jr., Jones Lang LaSalle’s head for research, consulting and valuation, said an estimated 11,200 units is expected to be completed within 2013 for the residential segment. He also explained that, though “the residential demand will stay strong across all subsegments, there are also various externalities which may challenge the growth of demand over the near-to medium-term.”

The primary report by Colliers revealed that the Philippine economy will probably increase by around 6 percent in 2013. The outlook is created by Japanese financial services group Nomura and the World Bank. The World Bank increased their forecast for the Philippine GDP in 2013 to 6.2%, up from 5 %. Nomura at the same time increased their forecast for the GDP to 6.6 % in 2013. “Growth is expected to tick even higher in 2013 because of the impact of the elections, fiscal improvement and governance reforms in private investments,” Nomura said. 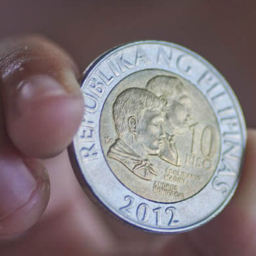