Bright Prospects Ahead for Philippine Agribusiness

The last ten years has been crucial to the development of agricultural and rural infrastructure in the Philippines. The country now boasts a nautical highway which has significantly eased the transport of agricultural products from the island of Mindoro to other parts of the country. A number of modern highways and road systems have also been built to connect the areas of Clark, Subic, and Tarlac in Central Luzon, all major trading areas, thereby making it easier for farmers living in these locales to transport their goods to Metro Manila. These and other developments, coupled with the increasing popularity of agribusiness in the Philippines, has led to the development of the country’s agricultural industry, as well as to a significant increase in agricultural profits.

In 2009, the country’s Agriculture, Fishery, and Forestry (AFF) sector contributed to about 15% of the Philippines’ national gross domestic product (GDP). Projections from the International Monetary Fund (IMF) puts the Philippines’ 2011 GDP growth rate at 5%, having already risen by 7.5% in the first nine months of 2010. The Philippine Agricultural sector is also expected to grow by at least 2.5-3.5% in 2011. According to Dr. Rolando Dy, an agricultural specialist from the University of Asia and the Pacific (UA&P), harvests from the final quarter of 2010 are likely to spill over to the first quarter of 2011, while crops like rice, corn, and banana are expected to continue as top performers in the next year.

Data and statistics from “Project JobsFit:The Dole 2020 Vision”, a recent labor market study conducted by the Philippine Department of Labor and Employment (DOLE), predicts that agribusiness will emerge as a key employment generator in the next five to ten years. Criselda Sy, director for local labor, says that the agribusiness sector boasts a number of, “hard to fill in demand posts.”

A number of recent developments in the Philippine Agribusiness sector have already boosted investor interest in the industry. Philippine-based company AgriNurture, a local producer of farm goods, recently undertook Php 1.7 billion worth of agribusiness projects with the Chinese government of Guangxi province, and is currently negotiating the export of vegetables and other commodities to the United States. Thailand-based company Charoen Pokphand (CP) Foods has also invested Php 1 billion in a hog production facility in Concepcion, Tarlac.

Prospective growth for the industry is evident; the Philippines’ agricultural resources include 29.81 million hectares of agricultural land, and 5.7 million hectares of arable land; however, only about 27.19% of the Philippines’ total agricultural land have proper irrigation systems. Lack of development in these areas has led to a significant decrease in crop production, with rice harvests experiencing a 25% shortfall in 2008. Crop production also contracted by 7.24% in 2010, with palay and corn production dropping by 14.95% and 15.39% respectively, and registered losses in coconut and sugarcane farms. Philippine agribusiness bounced back in other areas, nonetheless, particularly in livestock and poultry, fisheries and bio-fuel development.

The livestock sub-sector grew by 1.07% in 2010, and accounted for 12.74% of the Philippines’ total agricultural production. Both carabao and dairy production boasted significant gains at 3.6% and 14.59% respectively, while hog production rose by 0.77%. The livestock sub-sector grossed a total amount of Php 152.1 million, registering a 9.44% increase from 2009. The poultry sub-sector, on the other hand, rose by 3.01% in 2010, and had a 15.53 percent share in the Philippines’ total agricultural output. Production gains from both chickens and chicken eggs, at 2.82% and 5.87% respectively, also contributed to the sector’s overall growth performance. Poultry production grossed a total amount of Php 113.2 billion, about 7.10% higher than 2009 levels.

The fisheries sub-sector, on the other hand, inched up by 0.69% in 2010, and contributed a 27.37 percent share to the country’s total agricultural output. Production increases at municipal fisheries and aquaculture were recorded at 0.53% and 1.91% respectively, while production at commercial fisheries declined by 1.79%. The sub-sector grossed a total amount of Php 163.6 billion, a 1.81% increase from 2009 levels.

Bio-fuel development in the Philippines is also attracting a large number of foreign and local investors, thanks in part to the country’s “attractive investment sites for bio-fuel projects”, this according to Chris de Lavigne, the Global Vice President of US-based company Frost & Sullivan. In fact, a number of public and private sector initiatives have already been set-up to develop bio-fuels in the Philippines, including a Php 12 billion private sector investment expected to produce about 240 million liters of bio-fuel annually, and various public private partnership (PPP) projects between the Aquino government and the private sector.

Says Gregory Kittelson of Philippines consulting firm, Kittelson & Carpo Consulting, “We’re seeing a lot of growth potential in the Philippine agriculture industry, particularly in the poultry and livestock, fisheries, and bio-fuel development sub-sectors. A number of foreign and local companies are already tapping into these industries, and opening up employment opportunities in Philippine agribusiness. If this persists, we could easily be looking at sustainable growth in the Philippine economy.”

0
19 May 2010
Legal Process Outsourcing Surges in the Philippines 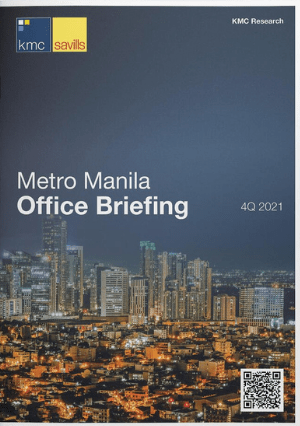