Cyber Parks (Techno Parks, IT Parks, Ecozones) are ideal destinations for setting up a BPO or call center in the Philippines. Outsourcing companies prefer to locate business operations inside technoparks, mainly because of the large number of tax incentives and government exemptions available in these areas. Businesses established inside IT Ecozones are eligible for numerous benefits, including income tax holidays from 5-8 years, permanent residency status to foreign-based business owners and investors, as well as the payment of 5% tax on gross income after the company’s income tax holidays have expired. Government exemptions on capital equipment, the employment of foreign nationals, and gross income remittances are also readily available to foreign and locally-owned BPO companies in these areas. Metro Manila, considered as one of the top BPO destinations in the world, is home to a large number of these Cyber Parks, some of which include the Eastwood City Cyber Park in Libis, the McKinley Hill Cyber Park near Fort Bonifacio, UP-AyalaLand Technohub in PHILCOA, and the Northgate Cyber Zone in Alabang.

According to Michael McCullough of real-estate brokerage firm KMC MAG Group, “More and more foreign and local companies, BPOs and call centers are now setting up business in these cyber parks to take advantage of the numerous tax incentives, low operational costs, and easily available commercial office space. Locating your enterprise inside an IT Park offers a lot of benefits for your company, including the opportunity to collaborate with other companies in similar fields.”

The Philippines has experienced a great deal of economic improvement from the establishment of Cyber Parks, especially in terms of IT-related services. Data from the Board of Investments (BOI) and Philippine Economic Zone Authority (PEZA) has revealed that over 17 investment sites are managed in the National Capital Region (NCR) alone. It was also stated in the Manila Bulletin that there are currently 70 contact centers and 50 licensed business process outsourcing (BPO) establishments in the Philippines and it is very likely that the country will soon monopolize a larger portion of the global BPO market. Statistics from the Department of Labor and Employment (DOLE) also revealed that the employment rate for IT establishments grew by more than 20% in the first quarter of 2010. Some of these job positions include programmers, IT sales representatives, technicians, software developers, IT planners, IT engineers, network specialists, business consultants, and many more.

Listed below are some of the Cyber Parks found in Metro-Manila:

The Northgate Cyber Zone is a business center and IT Park located in the town of Alabang, which boasts a large number of information and technology industries. IT companies from overcrowded cities like Metro-Manila and Makati are now relocating operations to the Northgate Cyberpark in Alabang, injecting capital into the thriving industrial park. More and more foreign multinationals are also looking at Alabang as an ideal destination for setting up outsourcing industries in the Philippines.

McKinley Hill Cyberpark is a 14 hectare PEZA Economic Zone that houses a large number of BPOs and information technology companies. Recently declared an IT park by President Arroyo, the Cyberpark promises to create a large number of job opportunities for the working Filipino. A number of foreign and local BPOs have already set up operations in the area and more are still arriving on a daily basis. McKinley Hill is also considered as one of the largest cyber parks in the country.

Eastwood City, considered as one of the most progressive cyber parks in the Philippines, is a 16 hectare state-of-the-art commercial district, located in Quezon City. Eastwood is considered as one of the most important commercial and residential centers in the country. Call centers and BPO companies have already set up business in the area, and more and more are still arriving. Multinational companies like IBM and Citibank also have offices in Eastwood City.

by: Austin Shi Foreign BPOs, call centers, and IT companies setting up business operations in the Philippines can opt for…

by: Austin Shi Registering a company in the Philippines can be a complicated and tedious process, even when equipped with…

By Yves De-Luis There is increasing awareness and support to saving the planet. This makes LEED certification increasingly meaningful. LEED… 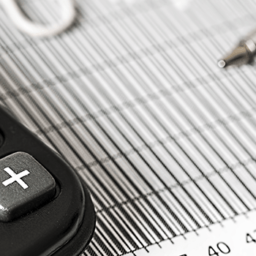 Tax Incentives in the Philippines 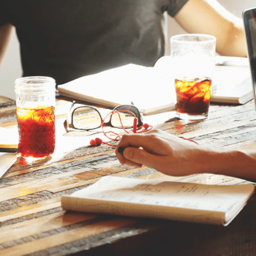 Whether you choose the central business district (CBD) or a more affordable option, there are many office buildings located very close to public transportation and in very safe areas. These are perfect buildings for any call center, contact center, IT and other BPO company in Makati, Metro-Manila.

0
02 Apr 2010
Office Space Solutions:Seat Rentals and Seat Leasing in Makati and Manila, Philippines
1
23 Jun 2010
Business Incorporation in the Philippines: How to Incorporate Legally.

by: Austin Shi In starting and incorporating a new business in the Philippines, a foreign company faces a number of…