Cebu is the oldest city in the Philippines and one of the foremost domestic shipping ports in the country. Rife with historical significance, the city is now home to the largest commercial center outside Manila and one of the fastest growing real-estate markets in the country. Hailed as the “Queen of the South”, Cebu is a developed metropolis with the idyllic charms of an exotic island destination. The city boasts a number of central business districts, IT Parks and special economic zones that have made it an ideal investment destination for foreign and local companies doing business in the Philippines.

As the city’s real-estate market flourishes, Cebu has started stirring interest among numerous investors in the country. Says Michael McCullough of Makati-based real estate brokerage firm KMC MAG Group, “ More and more investors are now looking to Cebu City as the next real-estate boom in the Philippines. The cost to purchase real estate in the area is about Php 4500/square meter, much cheaper than in Makati.”

Outsourcing Consultant Gregory Kittelson says, “Once a lot of the larger BPOs and call centers establish operations in Manila, most of them look to Cebu as their first provincial destination in the Philippines. However, a few small and medium size BPOs have bypassed Manila and gone straight to Cebu.”

Commercial office space has now become readily available in Cebu City. Rental rates may range from  Php 350 / sqm to about Php 500 / sqm per month, depending on the quality of the building and developer.  Numerous call centers have already set up operations in the area, and more are still on the way. Because of the affordable office space, more and more start-up companies are also setting up operations in Cebu. A number of Metro Manila-based companies are even relocating some of their operations to the city. Among these are Convergys, Wipro and ADD Force.

Cebu City is also a thriving tourist destination in the Philippines. Home to the Mactan Cebu International Airport (MCIA), the city also houses a number of important historical sites. Among them are Magellan’s Cross, Fort San Pedro and the Lapulapu Monument. The oldest school in the Philippines, the University of San Carlos, is also in Cebu.

As more and more investors inject capital into the area, Cebu is fast becoming one of the most important commercial and residential centers in the country. What was once the oldest Spanish settlement in the Philippines is now one of the fastest growing cities in the country today. 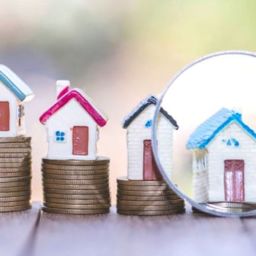 Real estate is and has always been an industry full of nothing but luxury and prestigiousness. It, in fact, is an industry that continues to thrive as years go by, and, true enough, today, real estate remains as one of the fastest-growing sectors in the world.

by: Yves De-Luis 1) Reduce costs Real estate brokers know best when it comes to real estate market scenarios. What most… 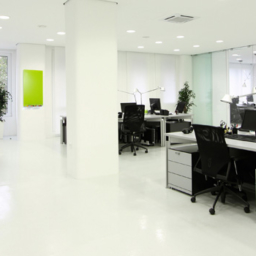 The Business Process Outsourcing sector will continue to create majority of the demand for real estate, supported by a wide market of residential buyers, property consulting company CBRE Philippines said on Wednesday.