Historic Manila Bay, considered one of the best natural harbors in Southeast Asia, is currently experiencing a real estate boom. The bay serves as the primary port of Manila and is famous for its picturesque sunsets. Entry to Manila Bay is flanked by several islands, the largest among them being Corregidor, which is 3 kilometers from Bataan and, along with the island of Caballo, separates the mouth of the bay into the North and South Channels.

In 1898 the bay became the setting for the Battle of Manila Bay, one of the most important engagements of the Spanish-American War. During World War II the the bay again served as a battleground for Japanese and American forces. Today, Manila Bay is a popular tourist destination, and an important and fast growing a commercial and residential center in the Philippines.

Due to an ideal and strategic location, the Manila Bay area boasts a number of important sites in the country including the Philippine Senate, the Manila Yacht Club and the SM Mall of Asia, the 4th largest mall in the world. The Baywalk, a leisurely promenade that overlooks Manila Bay, has also become popular among tourists and party goers in the area.  Real estate in Manila Bay has grown at an exorbitant rate in the last few years and now includes commercial real estate, providing office and workspace requirements of prospective IT-related locator companies and for support office and backroom operations of business process outsourcing. As the area develops, more commercial and residential buildings are being constructed to cater to the diverse demands of tourists, residents, and foreign investors.

Condo units in Manila Bay can go for as much as P23,000,000 for a single unit, but rates differ according to the quality of accommodations. Commercial office space in Roxas Boulevard ranges from about P35,000-P40,000, depending on the size of the rented unit.

According to Michael McCullough of Makati-based real estate brokerage firm KMC MAG Group, “Real estate in Manila Bay is a booming enterprise. Large-scale condo units have become readily available to those looking to reside in the area. In the same way, commercial office space has also become easily accessible and more affordable, making Manila Bay an ideal location for start-up businesses in the country.”

Real estate is and has always been an industry full of nothing but luxury and prestigiousness. It, in fact, is an industry that continues to thrive as years go by, and, true enough, today, real estate remains as one of the fastest-growing sectors in the world.

0
09 Dec 2019
Staff Leasing: Great Option for Outsourcing to the Philippines 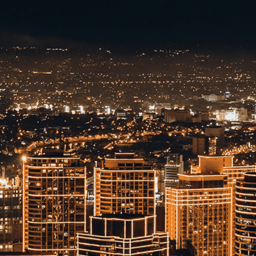 Cebu is the oldest city in the Philippines and one of the foremost domestic shipping ports in the country. Rife with historical significance, the city is now home to the largest commercial center outside Manila and one of the fastest growing real-estate markets in the country. Hailed as the “Queen of the South”, Cebu is a developed metropolis with the idyllic charms of an exotic island destination.

0
10 May 2010
Legal Process Outsourcing Surges in the Philippines